I figure that I, as a man, am not the target audience for Fifty Shades of Grey.  In fact, of all the people requesting the novel, I was about maybe ten men at the most (and that was out about over a hundred, maybe two hundred requests).  I was not interested in the book, but I was fascinated by all the fascination Fifty Shades of Grey was unleashing across the literary world.  My curiosity was piqued, which was enough for me to dive in and see what all the fuss was about.

As I continued to go into the first part of the Fifty Shades Trilogy (the second and third parts being Fifty Shades Darker and Fifty Shades Freed), I marvelled at how something so silly and clichéd could have the publishing world in a tizzy. If you strip (no pun intended) the story of all the whippings and bondage, what you have is basically Twilight With S & M.

Young, inexperienced Anastasia Steele is railroaded into conducting an interview on behalf of her friend Kate.  She would have gone but was terribly ill and asked Ana to substitute.  There was no way to reschedule since the interviewee was a powerful businessman whose time is tightly controlled (pun slightly intended).  Moreover, it had taken a great deal of time to negotiate THIS interview and the chance would not come up again (though other things in the future would--can't help myself).

Ana goes to interview the mysterious and powerful Christian Grey, and wouldn't you know it: she trips and falls as soon as she walks into his office.  Ana can see that this man is a virtual Greek God: beautiful, handsome, rich.  However, his arrogance puts her off.  However, despite the bungled interview we discover that Christian has become fixated on Anastasia.

What turns him on more than anything is the fact that she bites her lips.  This unbeknown to her sends him into organic fits.  Ana, meanwhile, continues her work: finishing up her studies on literature (Tess of the D'Ubervilles being a particular favorite), working at a hardware store (where the owner's son, not surprisingly, is in love with her) and living life with her friends Kate and Carlos (who, not surprisingly, is in love with her).

Jose happens to be a photographer, so with some work the trio convince Grey to be photographed for the article.  Now Christian's fixation for Ana turns into a passionate romance, but at the same time doth protest too much that he isn't the man for her.  Ana is more than willing to be with this perfect man, but there's is a snag or two

For one, she discovers he is into bondage, sadomasochism, and all that.  He even shows her his Red Room of Pain.  Now, normally this would put off some women, but he's Christian Grey, Perfection Itself.  She's not going to let this opportunity go by.  Now is where we hit Snag Two.

She is still a virgin.  Obviously, Christian is shocked and does for Ana what he doesn't do for anyone one: have 'vanilla' (read regular) sex with her so as to introduce her to something even more pleasurable.  Christian obviously would like this to be a sexual relationship (friends with benefits sans friendship) but Ana wants more.

The rest of Fifty Shades of Grey goes between her forever-wavering between signing the agreement to be his Submissive and the various sexual encounters they have.  Ana goes back and forth about Christian Grey: she wants him (as do all women and men too, even straight men I imagine) but doesn't really want to be submissive.  Christian Grey gives in to her more often than she gives in to him.  Finally, after a particularly rough spanking that was more about punishing her than pleasuring either of them, she does the unthinkable: she walks out on Christian Grey, Perfection Itself, even as he asks her to stay.

Thus ends our trashy romp through whips, ropes, and ties. 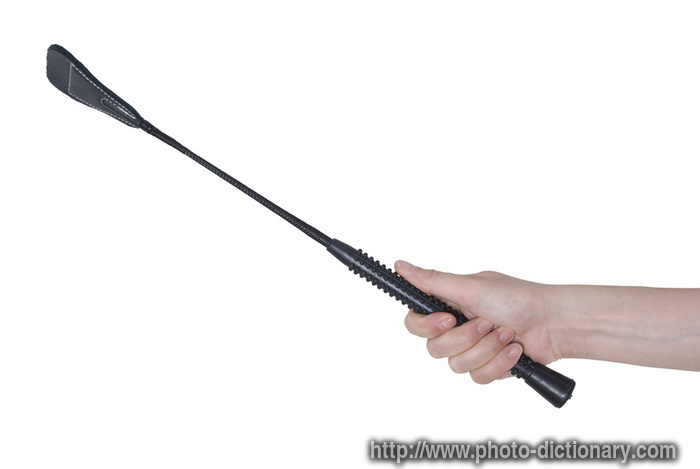 What is amazing to me, as a casual reader, is that in an age where we have so many powerful and influential women, from Angela Merkel to Hillary Clinton, the majority of women enjoy reading books where they come across as weak, stupid, and almost gleefully submissive (in every definition of the word) to a man so long as he is perfect.

Fifty Shades of Grey borrows heavily from Stephanie Meyer's equally revolting Twilight books in a few ways.  Like Meyer, James copies her almost incessant habit of referring to the male protagonist by his full name.  More often than not, everyone calls him "Christian Grey".  It isn't often that other characters call him "Christian" or even "Chris".  This was something I noticed when it came to EDWARD CULLEN: he was almost always called EDWARD CULLEN.  For me, it seems ridiculous to keep calling a character by his full name again and again.  He's never called "Sherlock Holmes" on almost every page.  This trend in modern literary circles is just moronic.

Second, James takes the first-person approach.  Twilight and its follow-ups are told from Bella Swoon's (I mean, Swann's) perspective.  This wouldn't be so bad if it weren't for the fact that Bella and Anastasia are pretty much the same characters (they even live in the same area: the Seattle setting isn't that far from Forks, Washington State).  Both are people who would describe themselves as remarkably ordinary, plain, even perhaps unattractive women.  Neither Bella or Ana would ever use the term "bathing beauty" to describe themselves.  They even share a sense of clumsiness.

Third, they both appear totally zombified by this perfect man.  As readers of Twilight know, EDWARD CULLEN is Perfection Itself: he is so achingly beautiful to look at, and has something of a damaged soul.  He is also the scion of wealth (although one could say he is 'adopted' by the Cullen clan) and is a man who would be perfect if not for one defect: he's a vampire (but one with a heart...even if said heart doesn't actually beat).

Likewise, Christian Grey is Perfection Itself: a Greek god, with perfect abs and an incredible penis (also, has anyone noticed that both of them play the piano remarkably well, and usually it's the tenderest of music when either plays).  Like EDWARD CULLEN, Christian Grey is adopted (although in his case it is literal), and is also from a wealthy family.  In many ways Christian Grey is also a damaged soul with one small defect: he likes to whip his sexual partners for pleasure.

I even have another comparison between Twilight and FIfty Shades of Grey: both Bella and Anastasia had their virginities taken by these Perfect Men who wanted them but didn't think THEY were worthy of the women.  Each saw their respective broads as they really were: beautiful, true objects of desire to which they could pour out their dysfunctional love onto.

Fourth (I think we're on fourth), both Bella and Ana may not have thought of themselves as beautiful, but almost every other man they met was passionately in love with them.  Bella had an early suitor in Mike, and Ana has her thwarted lover Jose and her boss' son.  There is something egocentric in downplaying the attractiveness of the female lead but also having so many men wanting them.

I refer to the female protagonist in Twilight as Bella Swoon because of how easily she is overwhelmed by the beauty and perfection of one EDWARD CULLEN.  Same goes for Anastasia Steele: she is similarly overwhelmed with the beauty and perfection of Christian Grey.  Truth be told this isn't a new device: Jane Eyre was similarly drawn to the beautiful but damaged Mr. Rochester, but I think the difference between Jane Eyre and Twilight/Fifty Shades of Grey is that Jane was a woman of substance who managed to create a life for herself despite all her setbacks.  Bella and Ana on the other hand, are willing, even eager, to submit themselves to the man.

The big draw in Fifty Shades of Grey is that it involves graphic descriptions of a certain sexual persuasion: sadomasochism (S&M).  You have dumb Ana tied up, you have her whipped, you have her spanked (and always for her benefit as well as his).  We get a lot of sex but obviously no love.  Christian can't give any and Ana won't demand anything else but is too drawn to Christian to actively seek it out.

I'm endlessly fascinated with why women would identify with a character who is so remarkably weak and stupid as to agree to be a man's submissive, to be his virtual slave in body and thought.  So much for women's lib.

I'm also perplexed why so many people think that Fifty Shades of Grey is considered well-written.  The dialogue is laughable (just like in Twilight) and I found the characters to be extremely inconsistent.  As much as Ana protests that she will be submissive, she certainly continues to contradict and disagree with Christian on many fronts, even on the sex.  Moreover, Christian appears to readily agree to doing as Ana wishes.  She wishes to have him in bed with her, the Dominant does as the Submissive asks.

One wonders who exactly is the Dominant and who is the Submissive.

One thing I found irritating is in the device of moving the story forward via e-mail messages between Christian and Ana.  It's not so much the constant use of it (although that was frustrating) but that if one looks at the times marked on the e-mails, the reply time was very quick: usually less than a few minutes took place between when one was sent and the other replied.  It didn't seem to matter when: it could have been at one or two in the morning and Christian, ever dutiful, would reply to Ana.

I'd argue that when it comes to that relationship, Christian was the one who was whipped.

Terrible writing tinged with only risque elements of S&M is what pushes a second-rate romance to heights real books don't usually obtain.  You have cliched characters (the beautiful, perfect but troubled man and the 'average' yet highly intelligent woman who can change him and help him find perfect love...obviously with her) and a story that has wealth to ease the difficulties of real living, and you get a lousy book that has only the tawdry and salacious to push it to the best-seller list.

In the final analysis, if there were any justice, E L James would have called her novel Fifty Shades of Twilight.