The Awakening: A Review

The Awakening scandalized America when it was published and it all but ruined Kate Chopin's reputation.  It was not the quality of the work that shocked the reading public, or perhaps even the subject.  It was the fact that our heroine was not just so open about her various indiscretions and actions, but that she was unapologetic about it.  To readers at the time, Chopin was essentially endorsing and encouraging a sexual and gender revolution.

Having read The Awakening, I don't think Chopin had such lofty ambitions.  I think she just wanted to tell a lush, romantic story about a female: a wife, a mother, discovering 'the woman within'.

The Awakening is a brilliant book: sensual without being tawdry, a journey into one woman's inner exploration into self, but still bound by the confines of strict Victorian society.

Edna Pontelier is a wife and mother, and that is all she is really: wife to Leonce, mother to Etienne and Raoul.  They take a holiday to Grand Isle in Louisiana, where the family interacts with others also on the island.  Here, Edna becomes friends with Robert Lebrun, a nice, handsome younger man with whom she's bonded.  Robert appears enraptured by Edna, but she does not return his affections beyond that of a friend, possibly a motherly affection at best.

After returning from Grand Isle, Edna realizes that she has fallen in love with Robert, who has left to seek his fortune in Mexico and to get away from the temptation of Mrs. Pontelier.  Edna soon starts losing her identity as 'wife and mother' and wishes to identify as 'woman'.  Leonce is perplexed by his wife's actions: her withdrawing from society to where she won't make or receive calls as expected, her growing disdain for rearing her children (though she still loves them).

At one point, she becomes so internally enraged that she takes her wedding ring off and slams it on the floor, then stomps on it.  She is finding her world now growing more intolerable and yearns for freedom.

Freedom comes her way when Leonce leaves for business and the children go to their grandmother's plantation.  Edna now feels free to be 'a woman': she moves from her large home to a smaller quarters, takes up painting and sketching, and has a fling with notorious rogue Alcee Arobin.

Worse, she is unapologetic about carrying on in such fashion.

Eventually, Robert returns and they admit their love to each other, but I don't think they consummate it.  Edna is thrilled, but soon is devastated when he again leaves, knowing it is impossible for her to leave her husband without there being scandal.  Edna, now lost between the confines of society and the desires of her heart and flesh, eventually swims out further and further to see, presumably killing herself. 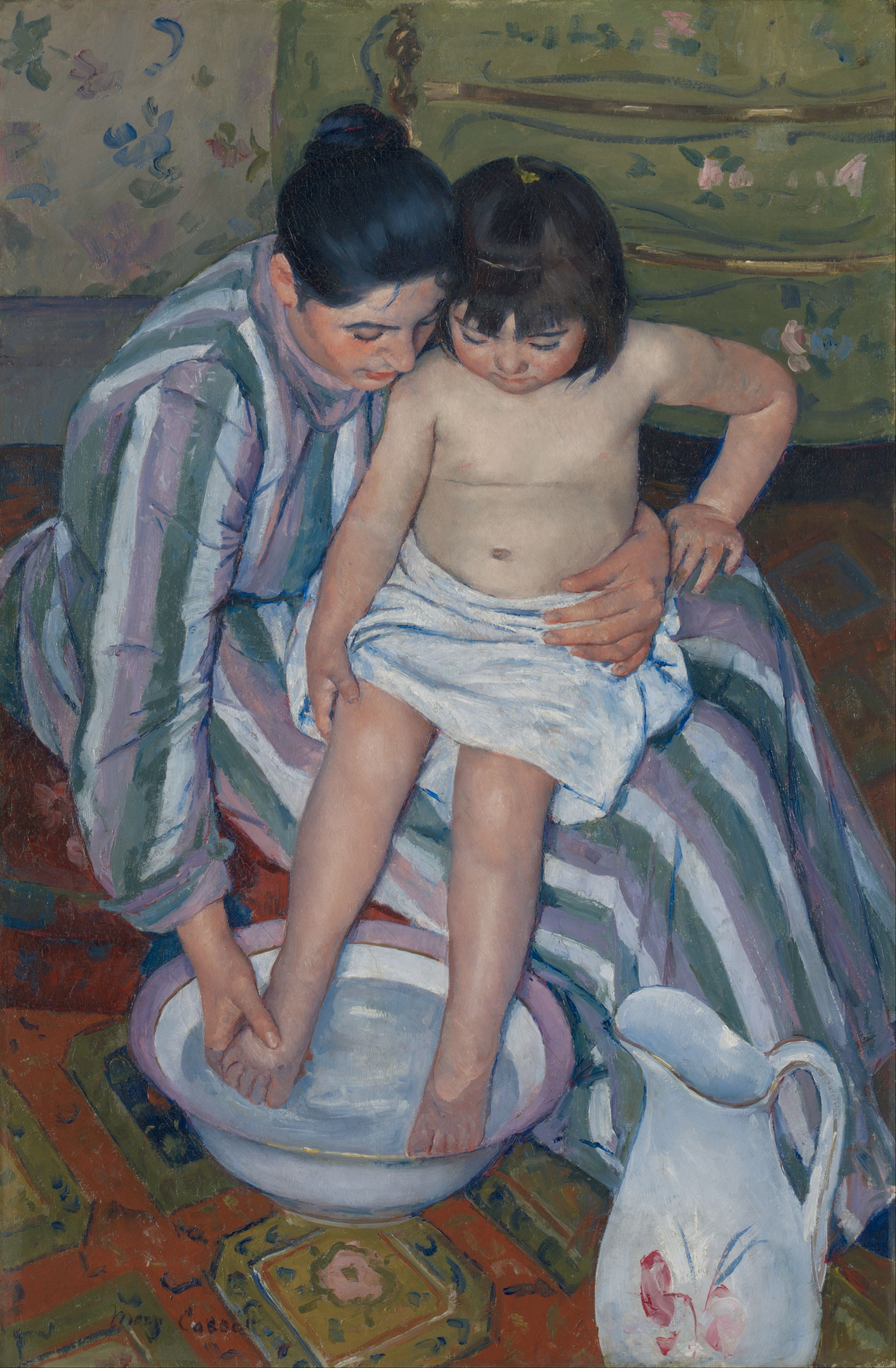 It's curious that The Awakening caused such an uproar when, if you think about it, Chopin in the end bowed to society's expectations by essentially killing off her main character, by suicide no less.  Had there been any other type of ending: a divorce, Edna murdering Leonce, running off with Robert, running off with Alcee, then I think the scandal would have been justified.

However, Chopin opted for what I thought was a terrible choice: in essence, having her once-independent character kill herself for her 'sins'.  I like to think the ending is a little ambiguous: she just keeps swimming further out to see, but could she not have turned back or have been rescued by a boat?

I figure that's highly unlikely, but there's a part of me that hopes.

Again, given that Edna did 'pay for her sins' by drowning, I would have thought readers back then would have seen in The Awakening a morality lesson about how 'proper women' should behave and what can happen if they go outside acceptable roles for women.  I would have thought it was all very tidy and Victorian.  However, that wasn't what happened.

People focused on Edna's liberation, her desire to be free and as we say now, 'do her own thing'.  The scandal was that she rejected the proper roles a married woman was supposed to have.  She did not want to be a wife and mother.  She wanted to be Edna, a woman in full if you like.  By her rejecting the expected role society placed on her, by her desire to follow her own wishes, wants and desires, therein lies the 'scandal'.

Edna finds herself going through her own version of a midlife crisis: finding in Robert an object of desire, and from that discovery came others about who Edna the person was, not who Edna the wife and mother was supposed to be. The scandal was that Edna wanted independence.  I wouldn't say she necessarily wanted a divorce or regretted being a mother.  I think she loved her husband and her children, but she wanted something of her own, something that was uniquely, wholly, solely 'Edna'.  If Leonce, perhaps, had encouraged her in exploring her creative side, even taking the children while she had time to herself, perhaps the greater tragedy could have been avoided.

Leonce, however, was like every man back then: one who believed a woman was either a wife, a mother, or not there.  He at one point consults an old doctor about Edna, concerned that she's gone bonkers.

Chopin shows that Leonce didn't bother asking Edna what ailed her, or that he thought that maybe Edna wanted nothing more than some freedom.  Instead, his horror at her refusing to call on receive calls as she did before, her growing disinterest in keeping up appearances both social and familial, all led him to think something was mentally wrong with her.

The Awakening is a brilliant book.  Chopin, like many a good writer, uses symbolism without being overt about it.  She does this with two characters: Mademoiselle Reisz and Madame Ratignole.  Edna met both at Grand Isle and became friends with them, later becoming the few people Edna would call on back in New Orleans.  Reisz, who expressed herself via her piano regardless of how good or bad she was, was free to do as she wished, unbound by marriage.  Ratignole was perpetually pregnant, and she might be what Edna feared she could be: a mother and nothing more.

The fact that both Reisz and Ratignole were happy as they were because those were their authentic selves is something that Edna, I think, failed to understand.  Reisz was born to be completely independent, Ratignole was born to be a happy mother.  Those aspects of themselves brought them happiness, and Edna I think wanted something in the middle but couldn't balance the two.

Chopin, via Reisz and Ratignole, gives us two sides of a coin, and our main character has to struggle between the two.

We also see the symbolism when Edna, in a rage of pent-up frustration, pulls her wedding ring off and stomps on it.  Here, she is in essence rejecting her identity as 'wife and mother', rejecting the confines she finds herself in, and metaphorically wants out of the confines society places on her.  Edna's rejection of callers, even her change in wardrobe where she stops wearing corsets if memory serves correct also symbolize Edna's rejection of societal expectations and her desire to be free.

Edna, to me, was a real person, one who had a growing realization, an awakening, that her life wasn't just what others defined her as but what she was, who she was.  She starts out as someone who is if not happy at least content within who she thinks she is.  As time goes on, as she looks around her, and as she sees in particular the ardor Robert holds her in, she soon starts questioning her world.  In the end, while that world in effect swallowed her up, she in the interim discovered 'the woman within'.

The Awakening is a title with many meanings.  It was a sexual awakening with Edna's passion for Robert and her tryst with Alcee, representing the man who was available versus the man she loved.  It was a spiritual awakening, with Edna discovering herself. It was an awakening of the soul, the mind, and the body.  Edna now essentially rose as if from sleep, to discover a new world.

Chopin's language is lush, if perhaps a bit florid for my tastes.  However, Chopin has an almost poetic quality to her writing in The Awakening, one that flows like the Mississippi: slow, easy, but without a touch of turbulence.

I don't see why now, The Awakening can be considered scandalous.  Perhaps because Edna is almost brazen about pursuing her own desires at the expense of her marriage and family.  I can see why it was so shocking and scandalous for the time, and even why now, Edna's self-discovery can be seen as tempestuous.

Truth be told, I wasn't thrilled with the ending: seems rather weak of Edna to kill herself because she couldn't have the man she loved.  It almost felt as if Chopin were caving in to how our heroine could not be allowed to 'get away with it'.  Still, the ending is not completely false: perhaps Edna simply no longer cared about anything now that her raison d'etre was gone.  I always thought it was to conform to society's wishes to punish the 'wanton woman'.  Apparently that wasn't enough for readers at the time, who all but shunned Kate Chopin and The Awakening as a 'dirty book'.

For myself, I thought The Awakening a brilliant book, one that every man and woman should read.