There is a pun in Esperanza Rising that non-Spanish speaking people will miss, but for those who do speak or understand the language, it's very clear.  Esperanza is a woman's name (I had an aunt named Esperanza), but it also means "hope".  Thus, you have Esperanza the character rising (metaphorically, with the literal rising being more a fantasy of her own), and 'hope' rising within Esperanza after all the troubles and tribulations she endures.  Esperanza Rising is in my view the most beautiful book I've read all semester, one that I think will be beloved by readers of all ages and nationalities.

Esperanza Ortega was a Mexican princess.  She is the daughter of wealthy landowners who are genuinely kind to their workers.  However, Mexico is still feeling the aftershocks of the Mexican Revolution, where the wealthy are resented.  Esperanza is eagerly awaiting Papa, whom she loves very much and shares a strong bond thanks to her being an only child.  However, right before her birthday, Papa is brought back, dead.  He was killed by bandits, leaving Esperanza, her mother Ramona, and her grandmother, known only as Abuelita (or Grandmother) devastated.

It also leaves them in the clutches of Esperanza's wicked uncles. Tio Luis, (or Uncle Luis) now has rights to the land (but not the house), and he decides that he will further his own political career by marrying his stepbrother's widow.  The prospect of this horrifies the women, but Tio Luis is determined.  So determined that when the house itself 'accidentally' catches fire, it is the motivation for them to flee to the United States.  Esperanza and Mama's loyal servants, Hortensia, her husband Alfonso, and their son Miguel (with whom Esperanza has grown up with), make a daring escape and eventually arrive in Los Angeles (Abuelita has to stay behind due to her injured ankle, staying with her sisters who joined a convent and putting her safely away from Tio Luis).

Esperanza has a hard time adjusting at first to all the radical changes. Though not a terrible or particularly spoiled girl, she still can't quite let go of how things used to be.  She still longs for her old life, but now her new life is that of a migrant worker, picking grapes, asparagus, and other fruits and vegetables during their various seasons.

Marta, an American of Mexican descent and militant union organizer pre-Cesar Chavez, is openly contemptuous of Esperanza, mocking the 'little princess' for not knowing the simple things like how to sweep with a broom.  Esperanza is despondent over how her life is now, and not even Isabel, a younger girl who is Alfonso's little niece and who loves Esperanza, can help lighten her mood.

Mama works out in the fields along with the others at first while Esperanza takes care of the shack and the babies, eventually learning how to do things right.  Mama however, gets Valley Fever, which causes her to cough uncontrollably as it has affected her lungs.  Esperanza is really at wits end: she lost her father, is close to losing her mother, her grandmother is beyond reach, she has lost her whole way of life, and has nothing to hold onto.  Esperanza, however, decides to rise to the situation, and goes to work in the company packing plant, despite her age and gender.  Marta barely escapes getting rounded up and deported, thanks in part to Esperanza, who doesn't disclose that the agitator is hiding in the plant.  Marta now sees a new side to Esperanza.

Eventually, Esperanza manages to save enough money to bring Abuelita back, and Mama has become well enough to return to the camp (Esperanza having paid the medical bills).  She still finds life in America a rather hopeless one, berating Miguel for thinking he can rise above his station.  "You're still a peasant," she tells him, reminding him of his lowly status among the Anglo population which considers all Mexicans (and Americans of Mexican descent) one monolith group of uneducated field hands.  Angrily, Miguel tells her, "And you think you're still a queen," and leaves the camp...with all the money she had saved.  However, in the end, we find that Miguel has not taken the money for himself.  Instead, he is able to bring Abuelita to the camp, and Esperanza finds hope. 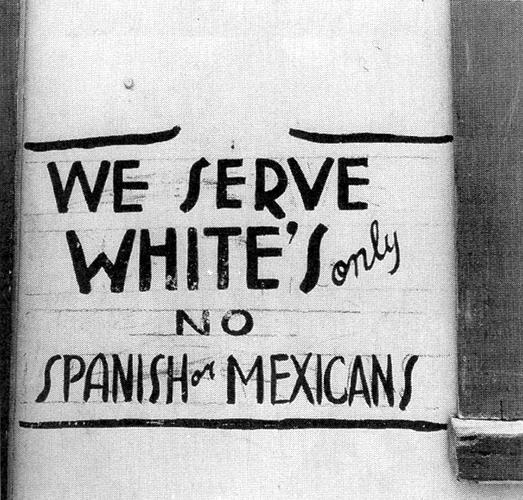 Esperanza Rising is again a simply beautiful book.  We see the journey of Esperanza from the mountains to the valleys and climbing back.  This symbolism of 'mountain and valleys' is given to us through the crochet knitting of Abuelita, Mama, and Esperanza.  Abuelita in particular reminds Esperanza before they are forced to flee that one has peaks and valleys in life.  However, it is the final line in the book that is the theme of Esperanza Rising, "Do not ever be afraid to start over".

Esperanza had to start over, and it wasn't an easy adjustment for her.  I think one can sympathize somewhat with Esperanza, even if at the beginning of her forced exile she still carried some of her old views.  For example, she cringed in horror at letting a poor little girl handle her precious doll, the last remnant of her old life of privilege. However, by the end we see that Esperanza has matured: she gives her precious doll to Isabel after Isabel lost being Queen of the May.  Isabel had her heart set on it, and if things had been fair she, who had the highest grades in school, would have won.  However, some reason was found to make a white girl Queen, but Isabel is too young and innocent to understand the reason she lost.

Discrimination is touched on in Esperanza Rising, as Esperanza is awakened to the bigotry all around her.  She sees how others hold her in contempt, despite that Esperanza is more educated than they are.  How the Mexicans are rounded up for protesting for better working conditions, some deported despite being American citizens, also angers her.  Esperanza starts sympathizing with the protesters, but Ryan is smart in not making the union organizers saintly and above reproach.  Instead, Ryan also shows the concerns of those not protesting, their need to keep food on the table and shelter over their family's heads.  The company camp is also not shown as this pit of despair but much better than most.  The company camp isn't romanticized or held to be a beautiful place.  It's dirty, ugly, and depressing.  However, the fact that the characters are together and genuinely love each other made things bearable.

The characters were all fully-drawn, neither being all good or all bad, but like all people, with flaws and virtues, moments of anger and moments of compassion.  Well, perhaps with the exceptions of Abuelita and Isabel, who were rather good and wise.

Ryan has an interesting way of separating the chapters.  Rather than be numbered, they are given names of fruits and vegetables in both English and Spanish (Los Aguacates, Avocado and Las Uvas, Grapes for example).  There is use of Spanish throughout the book, but Ryan includes the translation right afterwards.  I think this reflects how Esperanza in the end started measuring time, not by months but by what produce they picked and packed.

Esperanza Rising is a pretty quick read and tells a wonderful story of a girl who lost much but is working her way to starting over, accepting that things are forever altered.

Mary Ruth Donnelly in her review believes that because Ryan did not advocate for or against a side in the subplot of the union organizers it will "use the book in a wider variety of school setting".  I agree: by letting us decide who was right for their own situation, Esperanza Rising becomes in my view a more universal story.

I think this book will appeal to all ages and ethnicities.  Hispanic children in particular will find figures and phrases they understand, and I think girls of all backgrounds will identify with a girl who rises to become a strong female.  As someone who is Hispanic, I was moved by Esperanza Rising, showing how our stories are also part of the extraordinary fabric of America.  My background is a little different than Esperanza Ortega.  We weren't from a rich family, we never actually worked in the fields, and my father's side was proudly American (almost redneck in a way).  Still, Pam Munoz Ryan has created a wonderful story that all people can relate to.

Any activities connected to Esperanza Rising might be a jamaica, a party for the community that can be organized for the public at large.  As part of the feast, we can include all the various fruits mentioned.  It might also be good to speak to actual migrant farm workers to speak on their experiences.  Folklorico music and dance would also be I think a welcome presentation, bringing Mexican culture to audiences.