Module 7--There's a Boy in the Girls' Bathroom: A Review 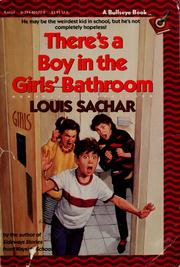 Module 7: There's a Boy in the
Girls' Bathroom by Louis Sachar

There's a Boy in the Girls' Bathroom is a brief book, but I found it to be a very honest and moving story of a misunderstood boy, written off by practically everyone (including himself).   Moreover, the book is one I found to be true-to-life in how elementary school politics, however bizarrely intricate they may be, do affect children for good and bad.

Bradley Chalkers sits in the last seat, last row, with an empty chair next to him and in front of him.  No one wants to sit near Bradley Chalkers.  He has a reputation as being a pretty rotten person: he has no gold stars, never does any work at school or home, and habitually lies to get out of situations.  Although he's in the fifth grade, he has already been held back one year already and looks like he's going to be held back again.  Moreover, he's accepted other people's ideas about him as being true.  He sees himself as a pretty rotten person, confiding via his playing with his toy animals how hurt he is by their ideas about him (as well as his own ideas about him).

However, straight from the beginning things take an unexpected turn for Bradley Chalkers when Jeff Fishkin, a new student from Washington, D.C., comes to Red Hill School.  Finding no other place to sit, Mrs. Ebbel has Jeff sit next to Bradley.  To Bradley's surprise, Jeff doesn't reject him.  He appears to want to be friends with him, and Bradley reacts the way he does with everyone: by threatening to spit at him unless he gives him a dollar.

However, the fact that Jeff doesn't reject him, Bradley Chalkers, despite how everyone in class sees Bradley Chalkers (and how Bradley Chalkers sees Bradley Chalkers), confuses him.  Despite himself, Bradley soon adopts Jeff as his best friend, and Bradley's admiration for Jeff rises considerably when Jeff tells him he accidentally walked into the girls' bathroom.  While Jeff is horrified that he did such a shocking and dangerous thing (despite the fact he did it because he got lost and was given wrong directions to the counselor's office), Bradley sees this as an act of defiance against the girls he 'hates' (Bradley says he 'hates' a lot of things and people). 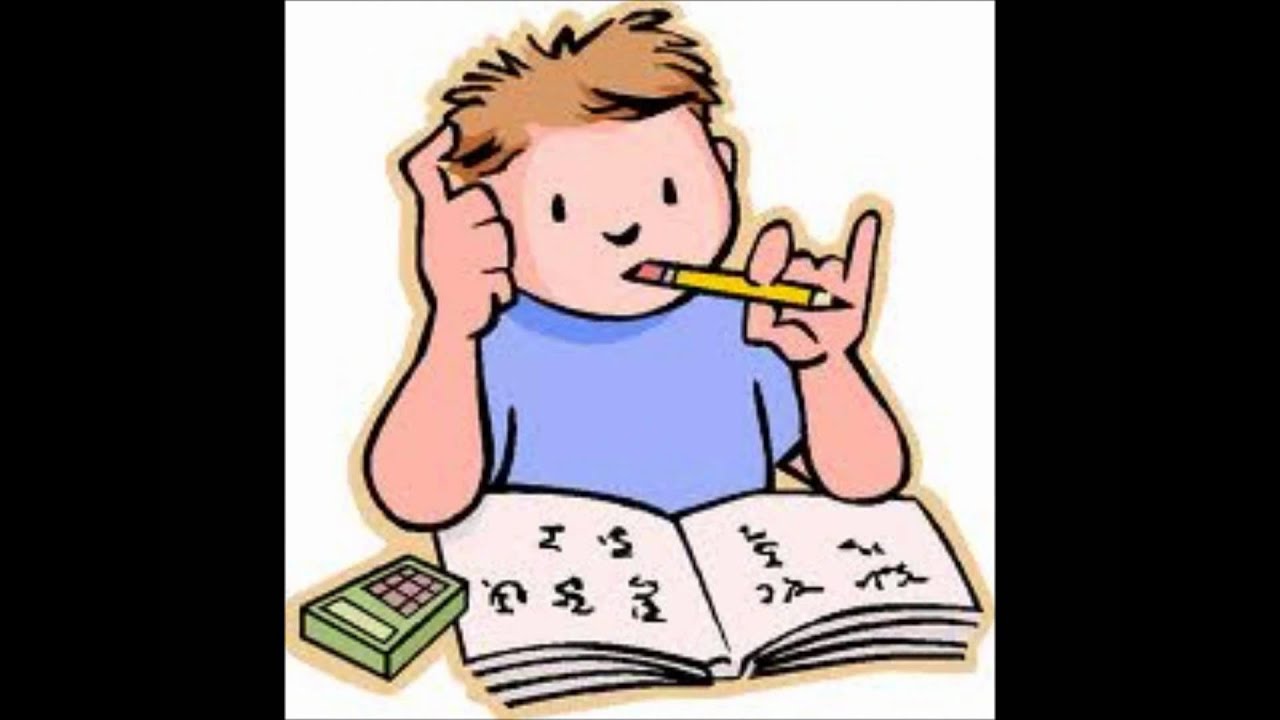 During the course of the year, Bradley starts opening up to Jeff, who in turn has been encouraged in this by Carla Davis, the new school counselor who is not like the other teachers (she encourages the students to call her 'Carla').  Bradley's mother is advised to have Bradley see Carla, and while he 'hates' it and 'hates' Carla, in his own way Bradley starts opening up, not overtly but through offbeat scenarios and tales how he really feels.  In that year, Bradley temporarily loses Jeff when, under pressure to conform, Jeff starts rejecting Bradley and running with the more 'popular' kids, but circumstances in the form of getting into accidental fights with girls brings them together.

These fights upset Colleen Verigold, who has a crush on Jeff and gets flustered whenever they are together.  She works up her courage to ask Jeff to her birthday party, but that does mean that Bradley will have to come too.  Soon, gradually, Bradley and Jeff start integrating with the other boys, who slowly start accepting Bradley, especially when he makes a great basketball shot, surprising even Bradley.

Into all these crises Carla helps without being direct, but her time is brief, as parents find the idea of a counselor a waste of time and money.  Carla is transferred to another school to be a kindergarten teacher, devastating Bradley, who was starting to think that maybe a gold star next to his name wasn't an impossible dream.  In his anger he rips up the book report of My Parents Didn't Steal an Elephant, which Carla had given him and of which he was so proud of.  In a mysterious turn, Bradley discovers that Mrs. Ebbel has his book report, and it's earned him his own gold star!  Despite his own disappointments in the year, Bradley does go to Colleen's party.  Jeff is there to help Bradley navigate the strange circumstances of children's parties, and there's a small suggestion that one of Colleen's friends, Karen, may herself find Bradley much more than meets anyone's eye.

Bradley is still disappointed that Carla has left, but he writes to her, telling her the changes going on in his life (including getting a hundred on his math exam), and sends her his favorite toy, Ronnie the Rabbit, who has a broken ear.

Sachar is simply a genius in how he captures the authentic voices of elementary school children: how they think, how they act and react to the seemingly monumental moments of their own lives.  He doesn't take a first-person style but we do get an idea as to what Bradley is thinking and feeling.  We see how Bradley perceives himself in the beginning.  Mrs. Ebbel apologizing somewhat to Jeff about the seating situation.  "Well, nobody likes sitting...there," she says.  At that point, Bradley jumps up and says, "That's right.  Nobody likes sitting next to me!"  Bradley it seems takes pride in being a monster.  However, we also read that Bradley figures everyone wouldn't mind if his desk in the closet.  This shows that Bradley may actually be playing at being a monster only because he thinks that's what expected of him.  However, because no one likes monsters, and he's a monster (even to himself), it's logical that no one likes him.  One senses this makes Bradley sad, but he thinks that's how it should be, so he won't try to change it.

We get the idea that Bradley is trying to live up to his own reputation, which he I think has internalized to be the 'real' Bradley.  We also get the idea that within that reputation, Bradley is hiding his hurt at the rejection he gets due to his own actions.  He recognizes that he will never get a gold star, but that he does want to get a gold star.  The truth is that Bradley doesn't think he is worthy of a gold star, and as a result he won't be even try.

The pressure to conform to other people's ideas is something I think children and adults can relate to.  Each person is trying to live up to someone else's idea of who they are but finds that they really are not what others think they are.  This is certainly the case with Bradley, who slowly starts working towards being a good person and not the 'monster' others (and himself) think he is.  We also see this with Jeff, who tries to push Bradley away once, through a strange but logical set of circumstances, he finds himself getting praise for giving Bradley a black eye that he got after fighting a tough girl.  In the end though, after Jeff himself gets humbled by the same girl, Jeff finds that he too is a good boy.

What really impressed me about There's a Boy in the Girls' Bathroom is how Sachar captured the voices of children, how they genuinely sound.  They sound, speak, and think like how one thinks real fifth graders do: panicking at a mixed party, thinking that going into the wrong bathroom is a life-altering traumatic event.  The book doesn't moralize or patronize.  It doesn't have big dramatic moments.  Instead, by keeping things totally honest in their perspective, the book sounds not only real, but also makes one identify with all the characters in some way.

I was surprised at how emotionally I got involved with There's a Boy in the Girls' Bathroom.  I felt so much for Bradley because, like his mother keeps saying to the teacher, "Deep down, Bradley's a very good boy".

Audience identification is not just important, but something that readers will find quite easy to do.  "As the story moves along, readers will begin to sympathize with Bradley; they'll root for him, hoping he'll exchange his misfit status for reasonable contentment. Happily, readers are also likely to come away from the story with the sense that they've been rooting for themselves, too."  This quote from the Kirkus Review of There's a Boy in the Girls' Bathroom was in my view spot-on.  I found this to be the case too, and I think all readers will see Bradley to be a very sympathetic character and will not just want him to succeed and find he has worth, but will cheer when he realizes the goodness within him.  That I saw a little of myself in Bradley serves a great lesson in audience identification.

I think a good program to tie to There's a Boy in the Girls' Bathroom would be to have children pair up and make friends.  They might also write a letter to Carla or Jeff or Bradley or any other character, convincing him/her to give others a chance.  Once the papers are turned in, it might be a good idea to give them all gold stars.

Book Review: There's a Boy in the Girls' Bathroom by Louis Sachar (2011, October).  Kirkus Reviews.  Retrieved from https://www.kirkusreviews.com/book-reviews/louis-sachar/theres-boy-girls-bathroom/
Posted by Rick at 5:33 AM