Module 12--Bill the Boy Wonder: The Secret Co-Creator of Batman: A Review 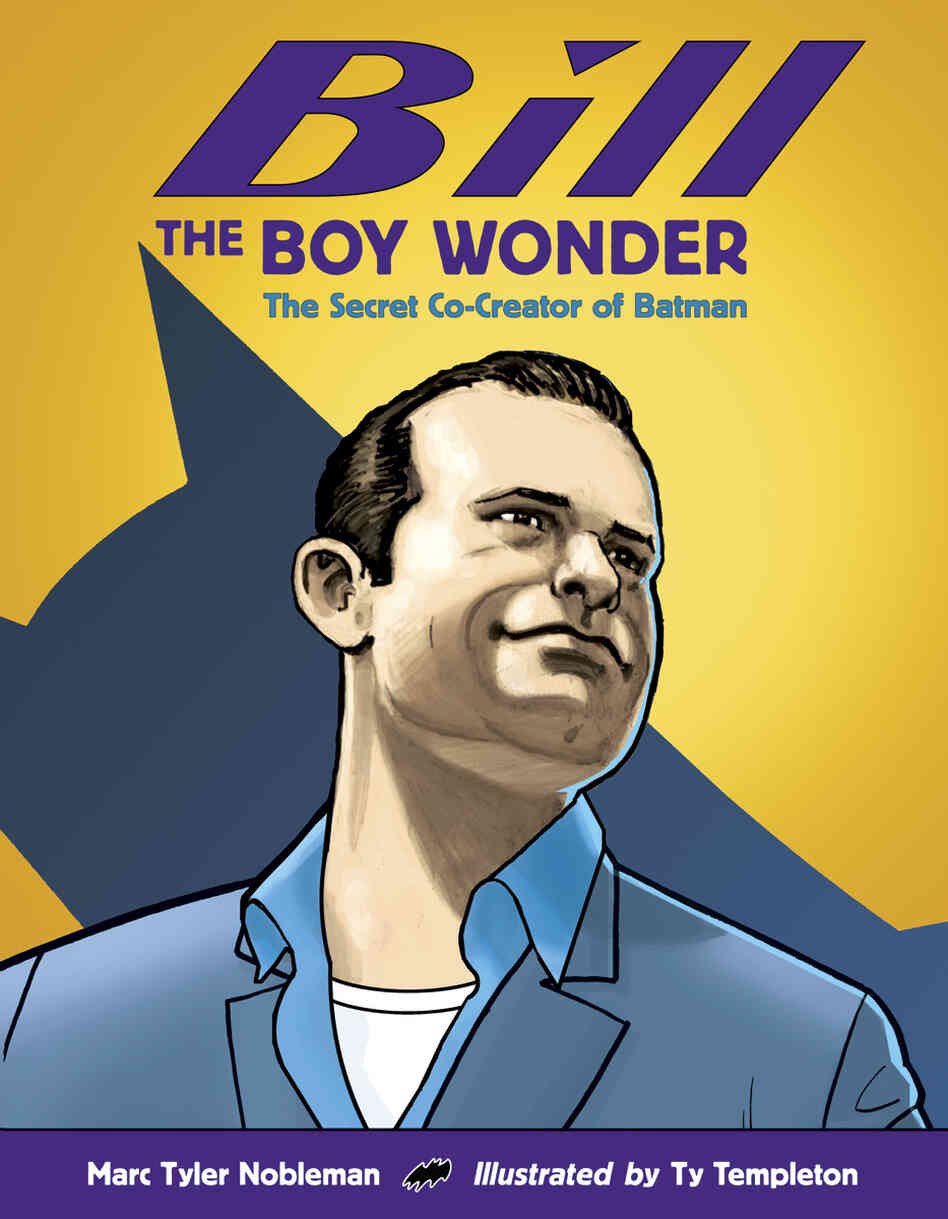 I feel the need to start with full disclosure.  I'm not into comic books.  Basically, my whole knowledge of figures like Superman, Batman, and Spider-Man (among others) comes from the film and television adaptations.  Currently, the Batman television prequel Gotham is not just a hit, but is among one of my favorite television shows. Through the campy 1960s television show, the Tim Burton/Joel Schumacher films, the Christopher Nolan Dark Knight trilogy, up to Gotham, I took it as fact that Bob Kane had created Batman out of whole cloth on his own.  Bill the Boy Wonder: The Secret Co-Creator of Batman brings us some shocking news: Kane was not alone.  Bill Finger, whom Kane has admitted was integral to the creation of this iconic figure, remains virtually unknown, even to Batman fans.  Marc Tyler Nobleman and Ty Templeton's book not only sets the record straight, but gives this hidden figure his due in a book I think Finger would be proud of.

Milton Finger wanted a job, but in the Depression, his Jewish background (and first name) would probably keep him out of work.  He turned Milton into the more American "Bill", but work was still hard to come by.  He dreamed of being an artist and writer, but could only find work as a shoe salesman.  A chance encounter with another cartoonist, Bob Kane, soon started them on collaborating.  Inspired by the success of Superman, they worked to create another equally successful character.  Their character was different than the popular ones of the day. He would be a vigilante, human, with no superpowers.  Kane took the idea to their publisher, who liked it.  Finger agreed to write Batman stories without credit (a typical arrangement at the time).  Kane also hired other artists to serve as illustrators and ghostwriters, including one named Jerry Robinson.


Finger not only wrote many Batman stories, but came up with much of the Batman mythos: his origin story of young Bruce Wayne, whose wealthy parents were murdered, Wayne's hometown of Gotham, the Batcave and Batmobile.  Finger also created the young Dick Grayson, the first Robin, and villains such as The Penguin and The Riddler.  Finger would jot down tidbits in a journal, using them for ideas, but was happy to share these notebooks with other writers.  In time, he married a woman named Portia, had only one son named Fred, and kept working on Batman.    That changed in 1964, when comics editor Julius Schwartz started talking openly about Finger's contributions.  Jerry Bails, a Batman fan, began investigating and interviewing Finger, publishing an article giving Finger co-credit.  Kane did not take this kindly, but neither Kane or Finger pushed on the issue of credit.

On Friday, January 18, 1974, Bill Finger died.  Fred Finger scattered his ashes in the sea, but not before placing them in a Bat-Sign he made on the beach.  After Finger's death, Kane gave Finger credit...with his words, but never asked that he be given credit in print.  "But Bob didn't amend the part of his contract requiring that he always be listed as the sole creator of Batman", the book notes.  However, Finger's old protégé Jerry Robinson kept Bill Finger's legacy alive with the creation of the Bill Finger Awards for Excellence in Comic Book Writing. 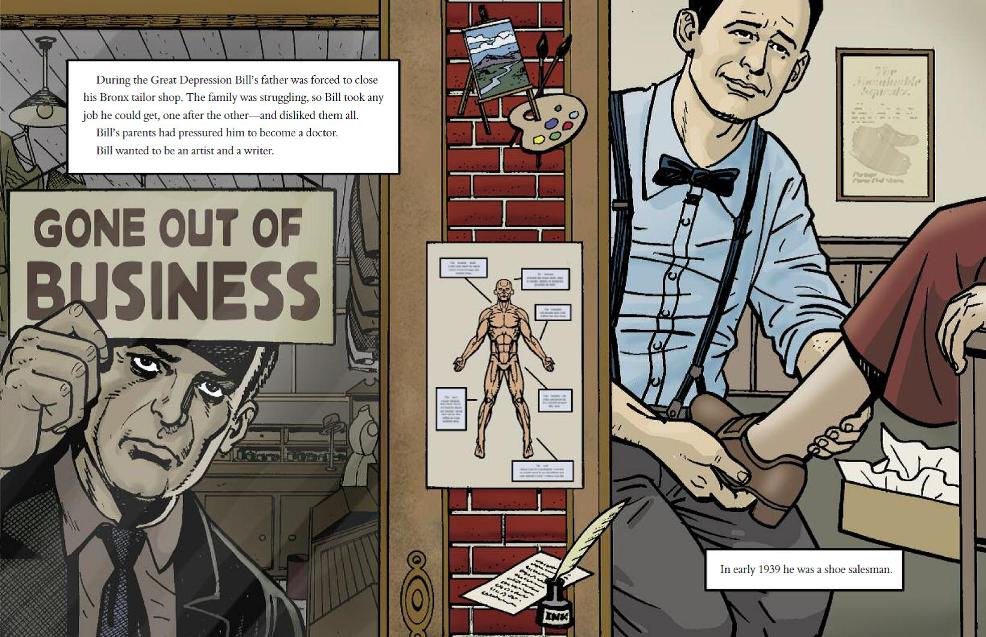 Bill the Boy Wonder is a fascinating portrait of a hidden figure to most if not almost all Batman fans.  Finger comes across as a pretty affable guy, perhaps too affable.  His lack of insistence in not asking for co-credit for creating one of the most iconic comic-book figures is puzzling to say the least.  With the success of Batman in various serials and the 1960s camp Batman show, Finger had plenty of time and opportunities to lay down the law if he so wished.  He had a strong case, but Finger never pushed or insisted on credit.  This despite the fact that Finger's contributions to the Batman storyline was an open secret among their colleagues.  Kane himself talked about how Finger did much to shape Batman to the figure we know him today, but just as Kane never pushed for Finger to get recognition, neither did Finger.

From Kane's perspective, it is understandable.  Batman is a major franchise that is still popular today.  From Finger's perspective, it is still puzzling.  Did Finger simply not care?  Did he think it wasn't worth the trouble to get a byline?  Did he think the work was reward enough? Bill the Boy Wonder never answers that question, I think because there is no answer possible.  Finger has been dead for forty years, as is his son Fred.  Bill Finger is so mysterious a figure that the book notes that the author was able to find only one known note in Finger's handwriting, and that was from around 1942. 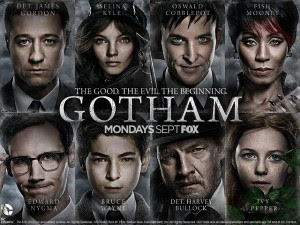 However, the book itself makes for a fascinating read.  The Author's Note which details more information about Finger as well as Nobleman's search for information is in itself fascinating read.  We learn that few pictures of Bill Finger exist, and that the search was drawing blanks because he had changed his name from Milton.  We also learn a far stranger story about what happened after Finger's death.

His son Fred was gay, so it was believed Finger had no heir.  Fred Finger's belongings were given to a Charles Shaheen.  Shaheen had been receiving small royalty checks from DC Comics and it was thought the checks ended after Shaheen's own death.  However, DC Comics had been sending those royalties to a Jesse Maloney, a drifter.  In the course of Nobleman's investigation he discovered Finger's niece and nephew, who asked him why he didn't talk to Finger's granddaughter.  The fact that Finger had a grandchild was stunning given Fred Finger's open homosexuality, but Nobleman learned that Fred had been married briefly to a woman and had a daughter named Athena.  Athena was tracked down through MySpace, where she shared that her dog's name was Bruce Wayne.

Athena filled in the missing pieces.  Charles Shaheen had been her father's long-time partner, but the family didn't like Shaheen.  Maloney had claimed to be Fred Finger's brother (though Maloney's relationship to Shaheen, whether it was romantic or not, is not known).  Once Maloney was unmasked (no pun intended), DC began sending all of Bill Finger's royalties to Athena, which helped in raising her own son, Bill Finger's great-grandson and final heir.

I imagine even Commissioner James Gordon would find this tale extremely bizarre.

Ty Templeton's illustrations capture the look of comic books, with their panels and split images.  A few illustrations, like the Wayne murders and the various figures Finger either created or co-created (such as Robin, The Joker, Catwoman, The Penguin and The Riddler) are so evocative of Kane's illustrations (no one disputes Kane did artwork for Batman, though he himself did not write the stories).  They are beautifully rendered.  A particularly poignant moment is when Fred Finger places his late father's ashes on the beach, having shaped the sand into a Bat shape.  "The tide crept in and swept them out to sea," the box says.  It's a beautiful moment.

From the serials to Gotham, all Batman fans bow in salute.

In the Kirkus Review of Bill the Boy Wonder, Nobleman gets enormous credit for the amount of research that went into rescuing this figure from near-oblivion.  Certainly Athena Finger is grateful for Nobleman's research, and not just in financial terms.  The grandfather she never knew (Bill Finger having died two years before her birth) is now assured of the legacy that came too late for him.  We now have the story of Bill Finger, the man who made Batman the man he is today.

I think there are a few good programs that can come from this.  One is to put Bob Kane "on trial" and discuss the ethics of crediting someone for their work (remembering that Finger never pushed or insisted on credit).  A comic-con is also plausible, as is a comic-book creation contest...with winners getting full credit.  A Batman exhibition, where we see the evolution of the character, is also worth considering.